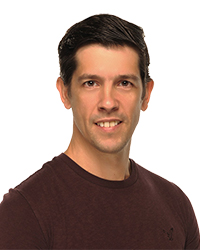 In 1995 Mr. Rodriguez joined the ballet company Teatro Centro de Arte – Leon Febres Cordero in Ecuador. During his years with the company he performed Walpurgisnacht Ballet of Balanchine, Concierto de Aranjuez of Lotka, Grand Vals of Bruce Steivel and in all the principals’ classics of the repertory. He performed musicals including Cats, Annie, Aladdin, The King and I, The Beauty and The Beast and Latinos.

Mr. Rodriguez’s professional career has extended to Cuba, Jamaica, Argentina, Chile, México, Canada, USA, Martinique and Guadalupe.  In 2001 Mr. Rodriguez and his wife, Margit Peguero, opened their own Ballet School Cuballet-Ecuador.  Presently the school has over 200 students enrolled in Ballet and Contemporary programs.