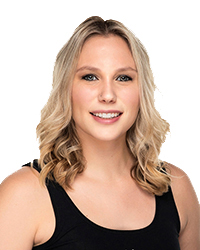 Lindsay Giedl is a Georgia based choreographer and dancer who was a founding member of CADE:NCE – Contemporary African Dance Ensemble: New Conscious Explorations under the direction of Tamara Thomas. While dancing with CADE:NCE, Lindsay travelled and performed in Kingston, Jamaica at the Rex Nettleford Arts Conference, ACDA in Durham NC, and at DANCE Africa in Brooklyn NY. Lindsay also danced with The Modern Pin Ups Dance Company, a jazz and movement company based out of Athens, Georgia and resided as the Company Director for the Apprentice Company for the 2017-2018 season. In 2017, Lindsay created the professional company Linds&co., as a branch off of her undergraduate thesis project – creating works with post-modern social political contemporary and improvisational movement. Lindsay graduated with a Bachelor of Fine Arts in Dance from The University of Georgia in 2018. In 2015, she co-created Counterpoint Dance Company at The University of Georgia where she served as Artistic Director, choreographing and assisting students to sharpen their dance skills as well as provided various performance experiences for students throughout the community.

Lindsay can be seen as a feature dancer in the Indie Film “The Last of Robin Hood” as well as a background dancer in Honey 4. Lindsay recently danced in Corey Smith’s new music video “Honky Tonkin’ in My Blood” which premiered earlier this year. In her free time, she also serves as a competition Judge for Rising Star Talent and Thunderstruck Dance Competition. Lindsay began working for The Joffrey Ballet School as an Intern for the Joffrey South Summer Program in 2016 and was later promoted to Program Coordinator and put on Faculty for Joffrey South, Joffrey Colorado Springs, and Joffrey Heartland Kansas under the direction of Colleen Barnes.

Sorry, the comment form is closed at this time.