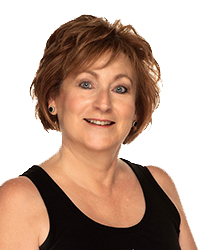 Patricia began studying dance at the age of five with Joan Alund School of Dance in Albany, New York (Joan Lather, aka, Ms. Puffie). In 1965 she began her teaching career with that school. After returning from Atlanta where she studied with the Atlanta Civic Ballet, she opened her own New York studio in 1969. In addition to teaching classes at her two studio locations, she also taught Tap, Ballet, Jazz and Ballroom classes for area schools, colleges and cultural organizations for 28 years.

In addition to studying with the Atlanta Ballet and Mr. Robert Joffrey, Ms. Dwyer has trained with such well-known performers and teachers as Jacques D’Amboise, Edward Villella, and Patricia McBride. She has studied tap with some of the best artists, instructors and choreographers in the country including stage and screen legends, Al Gilbert, Gene Nelson and Henry LeTang. Ms. Dwyer owes her expertise in Broadway Jazz and Musical Comedy to Peter Gennaro and Ms. Gwen Verdon. For over 40 years she has had the privilege and honor to have as her jazz dance mentor the legendary Jazz Dance Master, Luigi, in NYC.

An award-winning choreographer, she has choreographed nightclub acts, musicals, and stage shows in many major cities across the country in addition to choreographing for local schools and community theater production in New York. She was named “Choreographer of the Year” by Talent America in NYC.