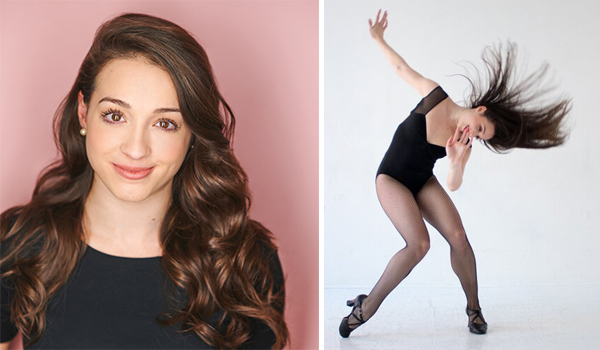 We are so excited to welcome Mrs. Gia Mongell Binner in her new role at Roswell Dance Theatre as the Modern Company Director.

Originally from the Atlanta area, Gia made her Broadway debut as an original cast member of An American in Paris shortly after graduating from The Julliard School. She performed Christopher Wheeldon’s Tony Award-winning choreography at The Palace Theater, as well as on the 69th Annual Tony Awards, as a swing and assistant dance captain across the run of the show. She was later invited to join the U.S. National Tour and the show’s final run at the Théâtre du Châtelet in Paris, France.

Gia’s other New York theater credits include I Married an Angel at City Center, Cendrillon at the Metropolitan Opera, and roles in concert pieces by Twyla Tharp, Pina Bausch and Nacho Duato. Gia also appeared in Misty Copeland’s commercial campaign for Under Armor and the premiere party for the 20th Century Fox feature film Deadpool.

Mrs. Mongell Binner and her husband will be moving back to Atlanta from New York this summer, and we are very excited to have her join our team. Not only will she be directing the Modern Company, but she will also be teaching a weekly Open Company Musical Theater class for RDT on Mondays at 7:30pm (open to Ballet Company Levels 1 and up, and all MoCo).  Please email admin@tysod.com to register for this class.